I look out on the rich landscape

The map of times hands have moved

My spine tingling in anticipation

Of what I do not know

See the remains of a home

The place where the door was shimmers

As I explore this living map

In a past I have chosen to return to

But filling me with a new sensation

Where futures merge with past.

Sat in the boat moonlight flickers

Hauling at the oars

My young years the reason I’m given

The work of the donkey

Seventeen is what I told them

No soul here knows me

shall keep it so till the sea leaves my blood.

We row till my arms are screaming in pain

Begging for rest and warmth

I need to do this for proof of a life

A secret to know when I’m old that I did

Something different even for a while

Lucky that I’m tall for thirteen

As we load our shipwreck spoils to sell

No bodies were there no man harmed

I shiver in relief and grin

Lad, you can go when we hit the downs

And don’t turn back will you?

Our secret is not yours to have yet you see?

I nod and give a gruff reply

Race away across the beach and up

Into the sands hood pulled up breath ragged

starting to slow now I know I did it

They didn’t even guess they had a bad luck charm

They took a girl to sea. 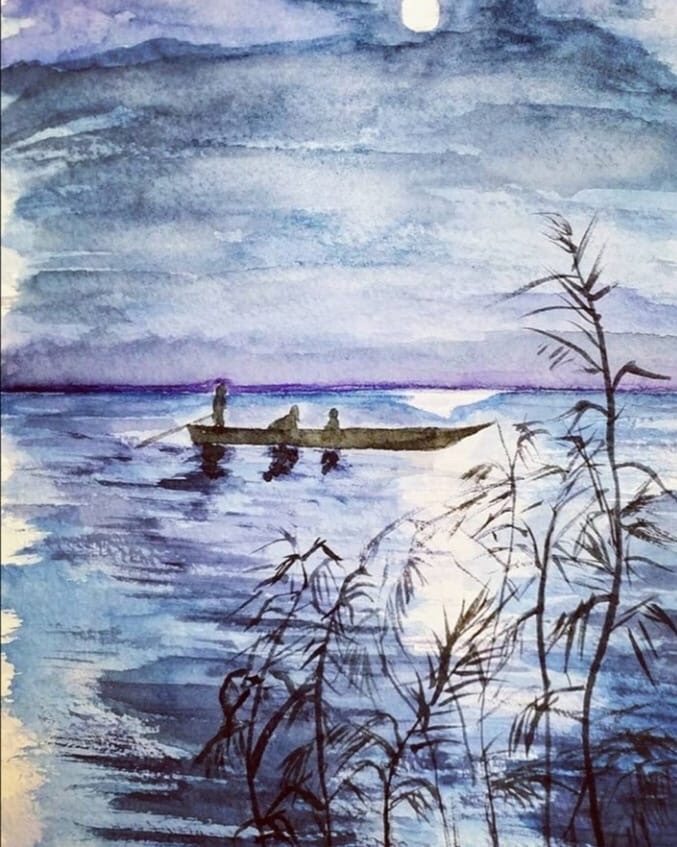 The temple reflects light in the distance

As she is called to the place she heals

Herself in chanted words

A simple susurration of leaves

Her temple is the woods

To turn the colour of the magical elixir

The russets and yellows richly shimmer

Before their autumn departure

I wrote this after watching a programme which was about a family but PTSD features heavily and this is what came out!

He was a speaker with animals

Feeding them, knowing their ways

Before the fodder was him.

For an unwitting enemy

A world destroyed a mind fragmented

Some are his own

When he wakes from the sleep

That he tries never to have

Nightmares worse than any day can conjure

He doesn’t speak of what happened

The words are not yet invented

All to keep his mind from being idle

So the torture stays away

He is there but not there

A spectre in his own life

Yet nobody understands he’s locked in

Always in the terror of then

The time he cannot speak of

He is voiceless and it’s all there

At the back of his mind is a thought

Death is a mercy, sometimes.